The ARO is an international scientific society composed of basic scientists and clinicians who are actively investigating basic science and clinical problems associated with hearing, speech, balance, smell, taste and diseases of the head and neck. The ARO provides a forum for the interchange of information through its peer-reviewed journal, JARO, and via the ARO Annual MidWinter Meeting.

There are currently ~2200 ARO members: 1200 regular members, 850 Student/Postdoc/Resident members, 140 Senior members and 12 Honorary members.  Students, postdocs and resident members are also invited to join spARO, with special activities for and by trainees.

*Late fees – ARO membership runs on a calendar year basis and is effective January 1 through December 31. Membership applications may be submitted year-round. Benefits begin immediately upon joining. Membership dues renewals are invoiced in September for the following year’s dues.  Anyone who does not renew their membership by December 31 will be assessed a $25 late fee. 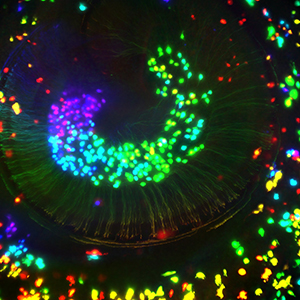 Check out the ARO May Newsletter!